What, you might be wondering, are super-strong magnets doing inside a magnetic storage device? You’re meant to keep magnets away from your drives, aren’t you?

Well, yes, you are. A sufficiently strong magnetic field across the storage surfaces can destroy data in short order. And, since the drive platters spin rapidly, a magnet sitting on one side of them will present a nice oscillating field over the whole disk, from the platters’ point of view.

But this is one of those situations like putting metal in a microwave oven. Popular wisdom is “Don’t do it, ever”, but that’s only because the situations in which you can do it safely are complex enough that it’s not a good idea to tell all and sundry about them, in case they get it wrong.

Hard drive manufacturers know it’s OK to put magnets in a hard drive. Which is good, because no modern drive would work without one.

Old hard drives use stepper motors for their head positioning. Stepper motors rotate by one precisely defined small amount – one “step” – every time they’re fed a current pulse. Which makes them a good way to make something like a hard drive read/write assembly move by the small steps needed to position it accurately over tracks on the drive.

Steppers are slow, though, and they’re position-sensitive (the heads will end up in a slightly different place if the drive’s tilted), and they’re sensitive to temperature changes, and they wear out.

An alternative head motor design, which is used by all drives these days, is the voice coil. There’s a coil next to a permanent magnet; when current’s passed through the coil, it creates its own magnetic field, which interacts with the static field from the permanent magnet, and moves the head arm one way or the other depending on the direction of the current.

This motor design isn’t at all precise, so there are “servo tracks” on the drive platters, which the heads read to allow the drive to tell where they are. That information lets the drive use a feedback mechanism to get very good precision. Presto, cheap super-high-track-density commodity hard drives.

Voice coil motors are better than steppers, because they have no temperature or position sensitivity to speak of, they’re fast, there are no motor bearings to wear out, and they cost less.

The reason why these motors are called voice coils is that the early ones had the same straightforward cylindrical design as the voice coils in speakers. So that’s the name they got. Then came various curved-magnet designs, but nowadays consumer drives all have simple swing-arm motor arrangements, with flat bent magnets that’re magnetised lengthwise – with a pole at each end.

If you’ve got yourself a dud hard drive that you’d like to relieve of its magnets, it’s easy enough to do.

You’ll very probably need a Torx (“star”) screwdriver set to get into the drive. You can engage Torx screws with Allen keys or a flathead driver of appropriate width, but that’s not an optimal solution. Fortunately, Torx quarter-inch hex bits will do the job, and are cheap; you need just one hex bit driver to match, and they’re cheap too. 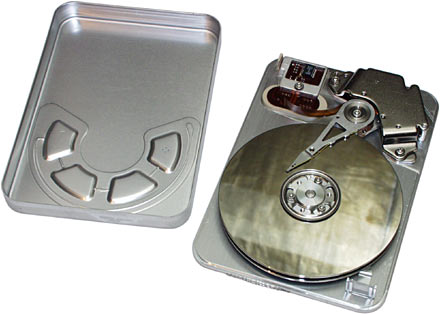 All it took to get the lid off this 1.2Gb Seagate was peeling off the sealing tape around the sides. Built for combat, this drive was not. But the parts inside are attached with Torx screws.

Commodity hard drives these days aren’t the big-magnets goldmine that old voice coil drives were; if you can find yourself a 5.25 inch full-height voice coil monster drive, you’ll get better magnets out of it. Advancing technology has allowed the manufacturers to make do with fewer and smaller magnets. 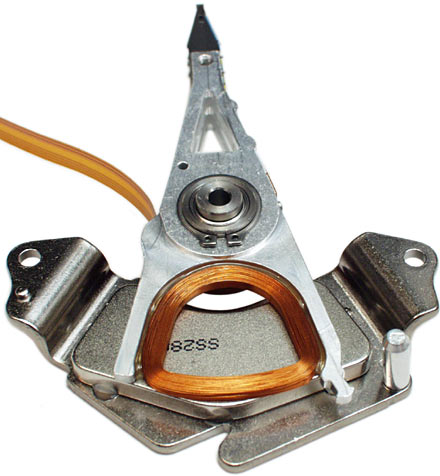 Inside the Seagate there’s just one magnet – it’s the thing above the coppery voice coil, here.

The two-piece magnet holder in this drive was, as usual, held together only by the strength of the magnet – but that’s plenty. The holder effectively contains the magnetic field to the small gap that the voice coil sits in; there’s a little magnetism on the outside of the holder, but it can barely hold a paper clip against gravity. This is why the magnet doesn’t damage data, despite being right next to the platters.

The magnet in this drive is attached to its base plate with a few dots of glue, some little locating nubbins, and, once again, its own bodacious magnetic field. There’s nothing wrong with leaving a hard drive magnet attached to its base plate, if you don’t need both sides of it uncovered. The steel plate makes the magnet much less prone to breakage. NIB magnets are brittle, and flat thin hard drive magnets commonly snap while people are playing with them.

Here’s another hard drive magnet assembly, with four separate magnets this time. These are neodymium magnets without any protective plating; under the shiny plating, all neodymiums look like or dinary ferrites.

Because it’s so easy to get magnets out of hard drives, there are lots of these things in the surplus market. Force Field have a few of them.

Hard drive magnets have their uses, but less fragile shapes are better for many applications. 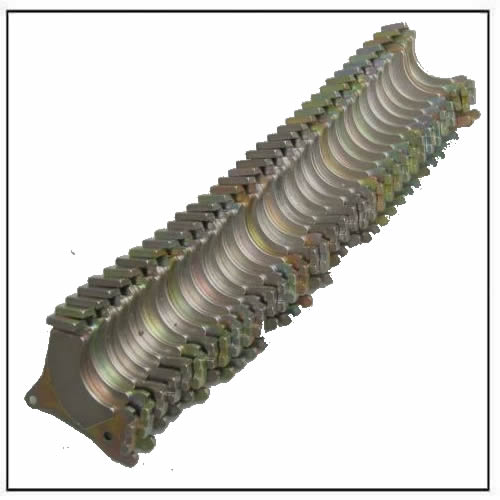 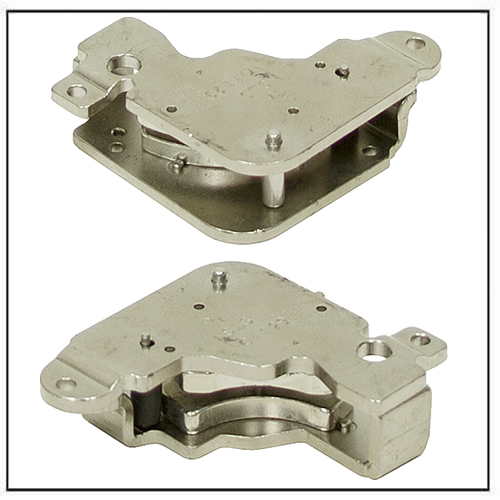 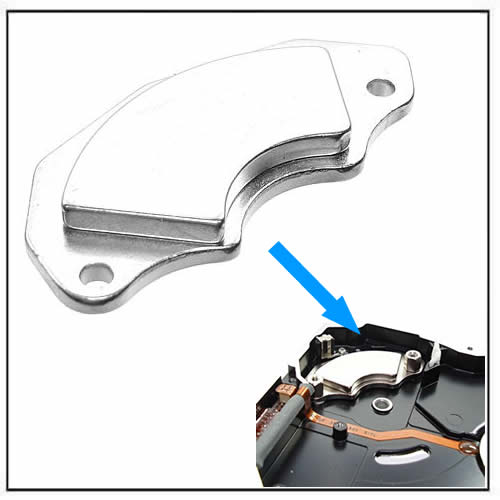 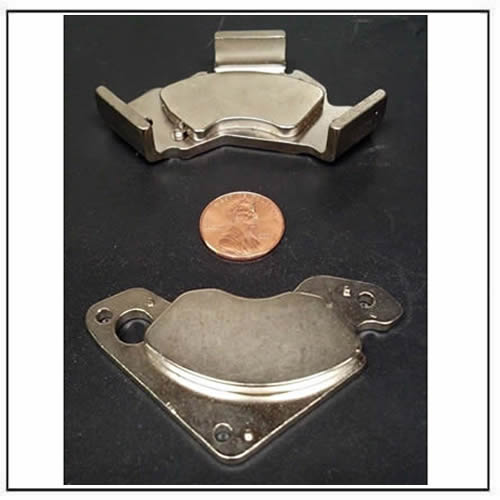