Crime-Stopping Magnets – We’ve all been there — you just finished shopping, you’re tired from a long day, and then the annoying alarm goes off just as you try to leave the store. But have you ever wondered how it works?

Well, if a little white strip attached to your item or tag is what tripped the alarm, then it was actually a wavelength caused by a magnetic metal strip that helped activate the annoying sound. How exactly do these little strips work, you ask? It’s complicated, but we’ll put it into terms that everyone will be able to understand. 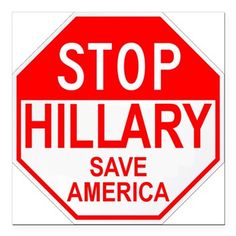 What Are Anti-Theft Tags?

Anti-theft tags, or more formally, acousto-magnetic systems, use two thin strips of metal inside of a white plastic casing. One of the strips is a magnetically semi-hard metallic strip, while the other is a magnetostrictive, ferromagnetic amorphous metal.

Ferromagnetism means the structure of the iron makes it form a permanent magnet, or is attracted to them. The magnetostrictive quality of this metal means it has the ability to change shapes when magnetized. In the case of the anti-theft tags, the metal strip shrinks and expands.

But how does the strip move? Well, that has to do with the type of alarm system you walk through. The transmitter detector produces a radio signal that energizes the strips while the receiver detector listens to the signal, waiting for a change.

When the strips are magnetized they will work almost as a tuning fork for the receiver. As the strips pass through the 58 kHz signal, it causes the strips to shrink and expand, creating a different frequency that the receiver will pick up on and sound the alarm.

In order to deactivate the tags, they must be demagnetized. So, while you might have thought they were doing some electronic magic to disarm them, it is in fact just a weak magnet.

So, Sintered NdFeB Magnets now that you know more information about magnets and the magnetic force in anti-theft tags, spark up a conversation with your next cashier. Let us know in the comments section if they knew how they work as well!