Rare earth is not earth.

There is oil in the Middle East, China with rare earth.” This is Deng Xiaoping\’s southern tour in 1992 when the “logion”.

However, from 1990 to 2005, exports of rare earth China grew nearly 10 times, the average price was down to the original 6 into. This year, the price of rare earths and got the crazy roller coaster ride — the first day of the lunar year, since June and has plunged, triggered the current rare earth leading enterprises of production tide……

“Rare earth, too complicated. On international relations, down to the local interests, not entangled.” People who have many years experience of exclamation: “say not clear.” 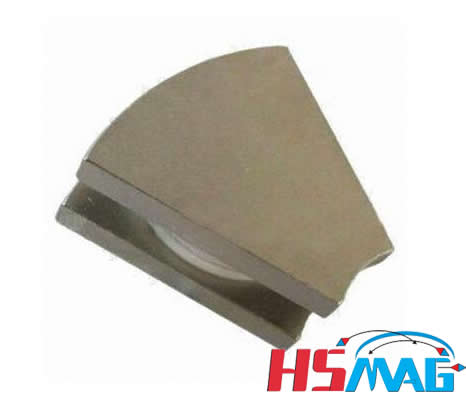 The price of cabbage VS platinum price

Before and after 2002, rare earth price lowest, after a row 10 times, this year\’s price is more like a crazy roller coaster
Guangdong Province Pingyuan County Ba tou Zhen Cheng Xi Cun roadside, a pale yellow wall factory quietly, large chimney no pollution, no roar of the machines, the factory also opened with a touch of sweet scented osmanthus, cannot see a few workers. It is difficult to imagine, here is the largest domestic separation, the production capacity of the strongest south rare earth separating enterprise — one of Guangdong Fuyuan rare earth new materials Limited by Share Ltd.

In short, here is the Guangdong only a few “certified” separation of rare earth factory. “All over the world, Chinese rare earth reserves accounted for 40%; while in the China, rare earth and divided into North and south line: Guangdong, Jiangxi, Fujian, Hunan, Guangxi to the south, producing heavy rare earth; Baotou north line, production of light rare earth.” Metal name a special sifted in yuan, general manager Yang Jinhua eyes are treasures: “may have been, as a national strategic reserve of rare earth resources, only to sell a \’Chinese cabbage price\’.”

Everyone knows the importance of rare earths — as the industry “gold”, the military use of rare earth is very attract sb.\’s attention, can be used to improve the performance of manufacturing tanks, aircraft, tactical missile steel, aluminum alloy, magnesium alloy, titanium alloy and other materials; the military, they are also widely used in lighting, projection TV fluorescent powder, add screen phosphor, phosphor, three copy lamp powder and so on, electronics production enterprises beloved.

“Such an important resource, has been selling \’Chinese cabbage price\’?” The reporter\’s question, Yang Jinhua lamented the business 20 years, until the end of 2009, early in 2010, and finally to a rare earth spring.
Yang Jinhua said, in 1989 when the yuan was founded, the annual output of only 300 tons, in 2002 for the expansion of an annual output of 5000 tons. “Extension, ushered in the \’rare earth spring\’.” Yang Jinhua remembers the cheapest, rare earth is in before and after 2002, the dysprosium oxide as an example, a ton of only 150000 yuan,

But, just rushed rare-earth prices began to fall in the clouds, down — in the third quarter, rare earth market lower orders than in the two quarter nearly halved, and downstream enterprise 2/3 in the suspension or semi shutdown state. Even though big companies to support the market, as of October 24th, lanthanum oxide prices dropped to 120000 yuan per ton to 125000 yuan, neodymium metal 1300000 yuan per ton to 1350000 yuan; terbium is 20000000 yuan per ton to 22000000 yuan.

“Rare earth price rises and falls, fundamentally reflect industry scattered and disorderly competition.” Analysis of a reluctance to disclose the names of the industry: “inflation to make many speculators into the rare earth industry chain, enlarge demand, causing serious supply tension illusion.” He said frankly, which many businessmen in Wenzhou Tun “goods”, “in the early surge, many Wen Shang Tun many illegal mine, when national measures become more severe, and the economic environment is not good, they put the goods immediately.”