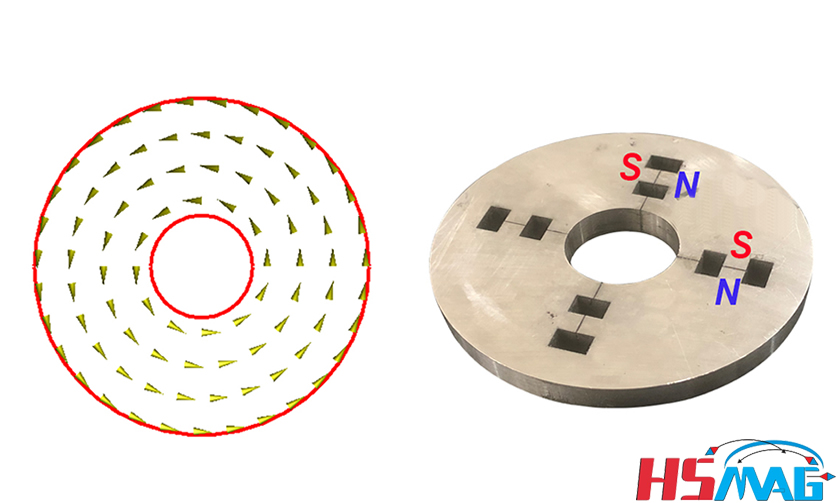 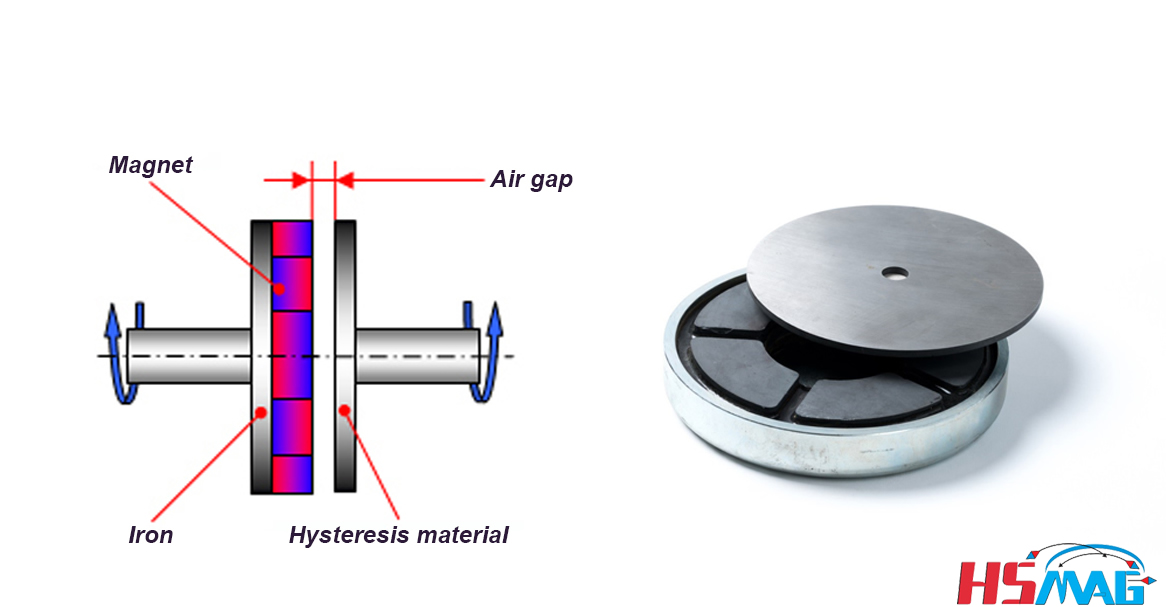 This paper describes a method of producing circumferentially oriented magnetic hard composites (bonded magnets). This means that the directions of easy magnetization of the magnetically hard particles contained in the magnet are perpendicular to the radius and to the axis of the cylindrical sample (parallel to the direction tangential to the surface of the cylinder). Tests were carried out on two magnetically hard materials (Nd-Fe-B and barium ferrite) with two different volumes of the solid phase in the slurry. The bonded magnets were produced by the centrifugal casting of the slurry in a constant magnetic field. The obtained shapes, in the form of cylinders, possessed a well compacted hard magnetic layer, with a thickness depending on the powder content in the slurry. In all cases, the remanence of the obtained samples was the highest in the circumferential direction, i.e. perpendicular to the longitudinal section of the cylinder. X-ray investigations revealed that the samples obtained have a crystallographic texture. A model of phenomena occurring during centrifugal casting of slurry in a magnetic field was proposed, which explains the structure of the obtained materials is shaped.