According to the exclusive information from Jiemian news reporter, the lawsuits related to patent blockade monopoly between four rare earth enterprises in China and the global rare earth patent giant- Hitachi Metals Ltd (hereinafter referred to as “Hitachi Metal”) consume more than two years, and the lawsuits move to China from US. Among these lawsuits, two patents in Hitachi Metal have been sentenced to be invalid in US. 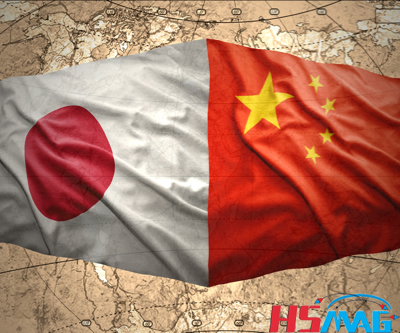 Jiemian news reporter was informed from the enterprises who responded to lawsuits and their lawyer team that at present Hitachi Metal had instituted an appeal to High People’s Court in Zhejiang Province on the objection of jurisdiction, and now the case is in the process of appealing and hearing.

The lawsuits that moved to China from US originate from “337 Survey” initiated to 29 enterprises including 3 rare earth enterprises in China by Hitachi Metal in US three years ago. The American “337 Survey” gains the name from Section 337 in America Tariff Act in 1930. According to this section, the US International Trade Commission has the right to survey the appeals related to patent and registered trademark infringement. In case the enterprises involved are judged violating Section 337, the US international Trade Commission will release the exclusion order and import prohibition order to the relevant products, which means the products involved will not enter into American market. Two years before the core patent in Hitachi Metal is expired (July of 2014), the company filed the application of “337 Survey” (case number: 337-TA-855) to American ITC (International Trade Commission) with regard to four technological patents of sintering NdFeB on Aug 17, 2012. The defendants cover 29 companies with the Chinese enterprises included.

The sintered NdFeB refers to the alloy of Nd, ferric oxide and B in rare earth. Being called as the “magnet king”, it is one of the permanent magnetic materials in one of the downstream application fields for rare earth. Meanwhile, it has the largest proportion and is widely applied to electromotor, wind power generation, magnetic suspension, magnetic resonance and other industries, which involve with audio equipment, electric tool, motor, electronic circuit accessories, automobile accessories and motion accessories. The output of rare earth permanent magnetic material in China ranks number one in the world. In 2012, the NdFeB output in China amounted to 89600 tons. There are more than 200 NdFeB enterprises in China, including Ningbo Permanent Magnetic Industry Co., Ltd and several enterprises with relatively large scale, as well as many middle and small-scale enterprises.

However, there are only five NdFeB enterprises in the world and they are Vacuum Melting Company in Germany, Hitachi Metal, TDK, Essine Chemical Engineering, as well as the joint venture enterprise co-established in Japan by American Mo Company and Mutsubishi Company. In China, more than 200 NdFeB enterprises have contributed almost 80% NdFeB output in the world. Previously most enterprises export by means of being affiliated to the enterprises with the right to the use of patent. These enterprises need to pay some cost to export in the way of replacing product label.

Jiemian news reporter learned about that among more than 80000 tons of NdFeB output annually, only about 20000 tons have patent license, and for the remaining 60000 tons, about 30000- 40000 tons are digested by domestic market, and 20000- 30000 tons still need to obtain patent license for export. In America, a key market for NdFeB export, besides Hitachi Metal, Sumitomo Corporation (its patent was purchased by Hitachi afterwards) also launched “337 Survey” to Chinese enterprises in 1998. In order to break the patent blockade in the field of sintered NdFeB by Hitachi Metal, Ningbo Permanent Magnetic Industry Co., Ltd and other 6 enterprises established “strategic alliance of technological innovation for rare earth permanent magnetic industry” (hereinafter referred to as “alliance”) and fought back the patent blockade by Hitachi Metal.

In August of 2013, the strategic alliance of technological innovation for rare earth permanent magnetic industry went to United States Patent Office to prosecute Hitachi Metal about its nullity of core patent on sintered NdFeB. In China, four enterprises from the alliance imitated the lawsuit about patent blockade instituted by Huawei to Qualcomm in those years, and prosecuted Hitachi Metal on patent monopoly. President of Ningbo Permanent Magnetic Industry Co., Ltd emphasized that the reason for this patent problem must be solved at present is that in future, the NdFeB manufacturing market is sure to be in China. The usage amount of NdFeB inland has reached to 70000~ 80000 tons annually, this number has far surpassed foreign usage, i.e. 20000~30000 tons. In case this patent problem is not solved, after the NdFeB products are exported to America in future, it is likely to be traced back patent issue about the material. If things go like this, the rare earth enterprises in China will not be able to export, and the domestic sale will be impacted. Japan’s Sumitomo Corporation and American Magnequench Inc. are inventors of sintered NdFeB, and they obtained relevant patents in the earlier 1980s respectively. In 2003, Hitachi Metal purchases all patents in terms of sintered NdFeB from Sumitomo Corporation. The term of protection for the patent is 20 years, “but the sintered NdFeB patent in Hitachi Metal is 30 years until present.”

Hangseng(Ningbo) Magnetech Co.,Ltd. considers that actually the patent right in Hitachi Metal is not that powerful. “It has adopted many unbeknown approaches, among which, there is no lack of ways that violate competition order and recognized commercial morality.” Hitachi Metal binds core patent and peripheral patents within the valid period, making the permitted enterprises still be restrained by peripheral patents after the core patent is expired. The core patent refers to the patent technologies that must be adopted for producing sintered NdFeB, whereas the peripheral patent refers to the technologies relevant to produce and manufacture sintered NdFeB, they have certain values but the producers could avoid. “The most core patent in Hitachi Metal was expired in 2003, and the relevant core patents had expired in July of 2014. By virtue of the core patent of this type, Hitachi Metal binds it with a large number of unnecessary patents with relatively low value, extends the patent license deadline in a different way, making the previous 20 years’ expiration to be prolonged to 30 years, and even longer.”

Through launching lawsuit and fast reconciliation, Hitachi Metal produced the false impression of its patents still have deterrent forces. During the “337 Survey” in 2012 mentioned above, by the time of several Chinese enterprises responded to suits actively, Hitachi Metal reached dispute settlement agreement with all enterprises rapidly. “In fact, Hitachi Metal declared the four patents involved with lawsuit are very poor in stability, which is just a prop of feint shot.” Moreover, Ningbo Permanent Magnetic Industry Co., Ltd said after the alliance did investigation, it is discovered that Hitachi Metal re-applied patent or acquire patent extension through making unnecessary changes to its patents, such as adding or removing some chemical compounds, increasing or decreasing the matching ratio, etc.

“The above-mentioned deeds by Hitachi Metal could not be called innovation to the backbone. Compared to the original patents, there is no improvement, and the innovative spirit has not been embodied. Its target is to restrict and exclude the products of the same type from competitors merely. The aim is to prevent competitors from entering into relevant market or prevent competitors from releasing relevant replacing patents.” The deeds conducted by Hitachi Metal are similar to Product Hopping, which is commonly seen in pharmaceutical industry, which means implementing patent blockage to competitors through making insignificant modification to patent. In UK, America, EU and other main anti-monopoly scopes of law, the deeds of this type have been widely believed as having anti-competition effect.

Investigating from the perspective of patented technology, the alliance claimed that after analyzing almost 400 patents that are currently in effect from Hitachi Metal, it is discovered that its patents are far from that powerful declared or showed by it,

The counterattack by alliance “achieved first success”. Among the invalid patents raised by Hitachi Metal during “337 Survey” in 2012, two patents have been identified invalid by United States Patent and Trademark Office preliminarily.

On the other hand, the alliance lodged anti-monopoly lawsuit with regard to the abuse of intellectual property by Hitachi Metal in Ningbo Intermediate People’s Court, so as to stop Hitachi Metal’s deeds of abusing intellectual property and compensate the loss caused by its abuse. According to the official website in Hitachi Metal, in total it has applied more than 600 NdFeB patents in the world, among which more than 100 are in America. The patents applied in China around the year of 2000 have not been released yet, but the insiders claim the number reaches to more than 320.

Early in 1983 when NdFeB was discovered, Hitachi Metal applied patent right related to NdFeB in China. At that time, the predecessor of State Intellectual Property Office—Patent Office of the People’s Republic of China had not been established yet. In 1985, after the Patent Office of the PRC was established, Hitachi Metal applied patent right related to NdFeB again. But the priority term of 1 year stipulated by Patent Office of PRC has been exceeded, so it had not acquired authorization in domestic market. Hitachi Metal also applied patent right about NdFeB in Japan and America, but it only obtained approval in America. This is the reason why the case of patent infringement by 29 enterprises instituted by Hitachi Metal in 2012 was launched in America. These plaintiff enterprises consider that in case the monopoly constituted by Hitachi Metal is established, its products are not likely to be sold in China, in this way it will suffer great loss and maybe face collapse. However, due to the type of the case is relatively novel, and meanwhile most of abuse deeds conducted by Hitachi Metal happened outside of Japan, certain uncertainty exists on whether the alliance could win anti-monopoly case.

Industrial cutting-edge: the foreign patents are often turning into a kind of development trap for Chinese industries. Seeing from certain point of view, thanks to the boom of rare earth in China in 2011, the life cycle of rare earth functional materials (mainly refer to NdFeB) is extended for a long time. The Chinese old saying of “tendency would be conversed after 30 years” is thoroughly researched and applied handily with facility by people. Luckily we “encourage people to start their own businesses and to make innovations.”

Rare earth metals price trend in 2nd half of 2017

What are magnetic base parts?