On Wednesday, Chinese newspapers ran commentaries warning the United States that escalating trade tensions would result in China cutting off its rare-earth-minerals trade with the US.

China is the dominant supplier of rare-earth minerals around the world. The minerals are used in all sorts of advanced materials and play a prominent role in the operation of electric motors, wind turbines, and military-related material. 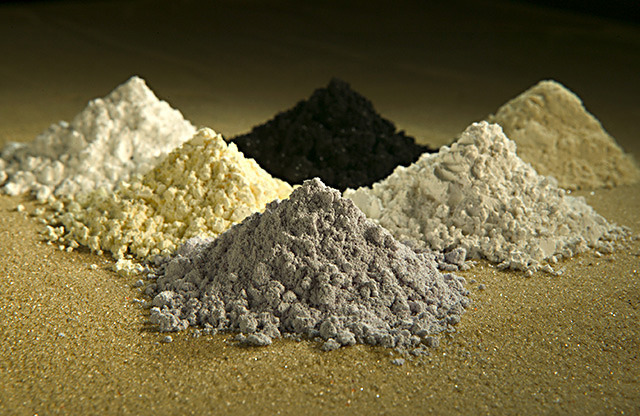 According to Reuters, China’s official People’s Daily ran an article saying: “Undoubtedly, the US side wants to use the products made by China’s exported rare-earths to counter and suppress China’s development. The Chinese people will never accept this!”

The commentary continued: “We advise the US side not to underestimate the Chinese side’s ability to safeguard its development rights and interests. Don’t say we didn’t warn you!”

A similar message apparently ran as an editorial in the Global Times on Wednesday.

US response: Get rare-earths from coal waste

China has thus far imposed mild tariffs on the rare-earth ore coming to it for processing. This tariff has squeezed the bottom lines of the owners of the only US rare-earth mine at Mountain Pass, Calif. Mountain Pass ships its ore to China for processing into industrial-grade metal, because there are no comparable rare-earths processing plants in the US. An Australian rare-earth minerals company announced last week that it would join with a US chemical company to build a rare-earths processing plant in Texas, but such a plant is likely years away from becoming a reality.

China restricted its rare-earths supply before, in 2010, when it cut its export quota by 40 percent and sent prices skyward. In 2012, the US asked the World Trade Organization (WTO) to intervene, and in 2014, the WTO said that China’s restriction of rare-earth-metals exports violated international trade law.
Despite the high prices caused by China’s export restrictions in 2010, the country is still the dominant supplier of processed rare-earth minerals. This is, in part, because processing the minerals can be environmentally taxing and wealthier countries like the US have little appetite for being home to a processing plant that creates a lot of (sometimes radioactive) waste.

But a group of US senators in April reintroduced the Rare Earth Element Advanced Coal Technologies Act (REEACT) to try to glean some of these rare-earth minerals from coal-mining sludge. (An earlier version of the bill died in the Senate in 2018.)

REEACT would spend $23 million each year between 2020 and 2027 to “conduct R&D on the separation of rare-earth elements from coal and coal byproducts.” So far, researchers at West Virginia University (WVU) have been working at a pilot facility that’s funded by more than $4 million in grants from the National Energy Technology Laboratory (NETL). They hope the plant will be able to extract certain rare-earth minerals from sludge created during acid coal-mine drainage.

Let’s hear it for sludge!
Treated sludge from West Virginia coal mines contain heavy rare-earths in particular, which are valuable and have few suppliers outside of China. “Studies show that the Appalachian basin could produce 800 tons of rare-earth elements per year, approximately the amount the defense industry would need,” according to a WVU press release from 2018.

Paul Ziemkiewicz, a director of WVU’s Energy Institute testified before Congress in mid-May to brief lawmakers about advancements in the field. Ziemkiewicz said that refining coal-mine sludge to deliver certain rare-earth minerals may have a lower regulatory hurdle than would normally be expected. “Recovering rare-earths from acid mine drainage doesn’t require much permitting,” Ziemkiewicz told Congress. “You’ve already got infrastructure, you’ve got a workforce, you’ve got SMCRA permits required by the Surface Mining Control and Reclamation Act, and the state and Federal clean water permits.”

Though the permitting might be simple, it’s unclear how quickly the process could be commercialized, especially if the REEACT bill fails to pass. In the meantime, the Pentagon late yesterday issued a report urging US action or securing rare-earths supply, according to Reuters. The report apparently urges the White House to use economic incentives under the Defense Production Act to bolster rare-earths production.