Cerium(IV) oxide, also known as ceric oxide, ceric dioxide, ceria, cerium oxide or cerium dioxide, is an oxide of the rare-earth metal cerium. It is a pale yellow-white powder with the chemical formula CeO2. It is an important commercial product and an intermediate in the purification of the element from the ores. 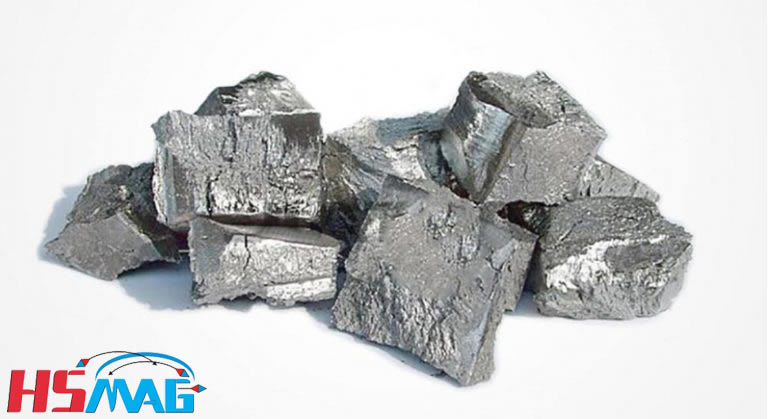 While Cerium wasn’t linked to magnetism earlier, this rare earth element does have an influence on the permanent magnet industry. It is said that it is higher than the influence of neodymium, dysprosium, samarium, or even terbium, which are used in rare earth magnets. This is because of a concept that we can call balancing. In other words, to reduce processing costs, miners should be able to sell rare-earth that they mine. However, it is not possible always due to variations in demand and supply. Though interlinked, they’re independent factors and rarely meet!

However, the importance of demand-supply balance shouldn’t and cannot be ignored if the efforts should yield profits. Nowadays, dysprosium and neodymium business thrives something that’s not usual for the rare earth industry. Originally, lanthanum and cerium were considered important rare earth elements. However, mining to get neodymium for the magnet market, results in huge amounts of lanthanum and cerium. This is now piling up and creating an imbalance in supply-demand.

Generally, there are two ways to restore balance. One is by creating demand by coming up with newer applications and the other is reducing the price. As for the reduction in pricing, the market always responds overwhelmingly well. Over the last fifty years, rare earth mining has moved to China. Even so, the growth and scope of rare earth elements were due to their applications. With an excess pile of Cerium accumulating, it is highly important to come up with new and innovative applications for this rare earth element. 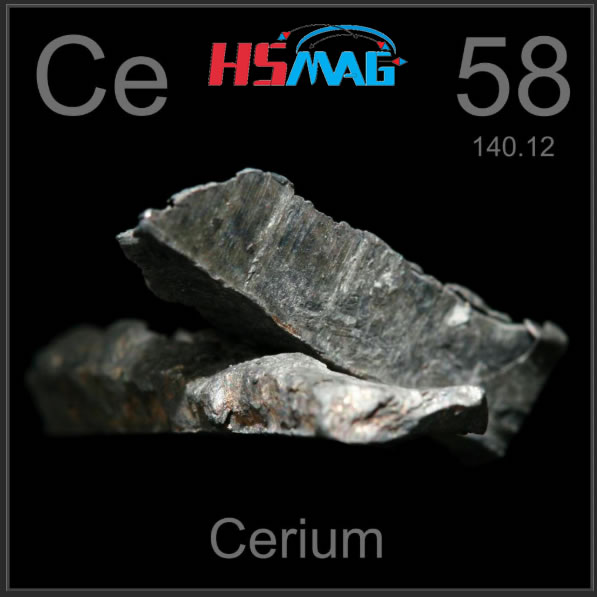 Cerium (atomic symbol: Ce, atomic number: 58) is a Block F, Group 3, Period 6 element with an atomic weight of 140.116. The number of electrons in each of cerium’s shells is 2, 8, 18, 19, 9, 2 and its electron configuration is [Xe]4f2 6s2. Cerium Bohr Model The cerium atom has a radius of 182.5 pm and a Van der Waals radius of 235 pm. In its elemental form, cerium has a silvery white appearance. Cerium is the most abundant of the rare earth metals. It is characterized chemically by having two valence states, the +3 cerous and +4 ceric states. The ceric state is the only non-trivalent rare earth ion stable in aqueous solutions. Elemental CeriumIt is, therefore, strongly acidic and moderately toxic. It is also a strong oxidizer. The cerous state closely resembles the other trivalent rare earths. Cerium is found in the minerals allanite, bastnasite, hydroxyl bastnasite, monazite, rhabdophane, synchysite and zircon. Cerium was discovered by Martin Heinrich Klaproth, Jöns Jakob Berzelius, and Wilh elm Hisinger in 1803 and first isolated by Carl Gustaf Mosander in 1839. The element was named after the asteroid Ceres.

Recent attempts often mimicked rehash of older ideas and new uses are not yet identified. It is important to come up with many uses for Cerium, closely followed by lanthanum, to get rare earth elements market back on track.