Can use magnetic water treatment device clean your teeth?

Can use magnetic water treatment device clean your teeth?

Use magnetic water treatment device can clean your teeth

Use magnetic water treatment device – The following study would not have been conducted if the researchers were not convinced without a doubt that magnetically treated water had proven effective in reducing scale in industry. This is outlined in the first paragraph. The information presented is rather technical but I felt it was important to provide the full document. I’ve highlighted important sections so you may skim the document without the need to read it all.

Calculus formation on tooth surfaces is analogous to the formation of lime and scale deposits in plumbing. Magnetic water devices have been shown to significantly reduce scale deposits in industry: therefore an oral irrigator with a magnetic water device may have a similar effect on calculus. To test this hypothesis, a double blind clinical study was established using 64 irrigators, 30 of which had their magnetic devices removed. 54 patients with heavy supragingival calculus were given irrigators at random after rophylaxis. Instructions were given to irrigate twice a day, particularly the lower 6 anterior teeth. The patients were also told not to floss these 6 teeth which were to be the study teeth. They were examined after 3 months and measurements were taken of the accretions adhering to the study teeth. No attempt was made to determine whether the adhering material was hard or soft so it must be assumed that at least some of the measured material was also plaque. The measurements of the group using an irrigator with a magnetic device showed a 44% greater reduction in calculus volume (p < 0.0005) and a 42% greater reduction in area (p < 0.0001) over the group using an unmagnetic irrigator. There appears to be a statistically significant difference in supragingival accretion volumes between conventional irrigation and using an irrigator with a magnetic water treatment device. 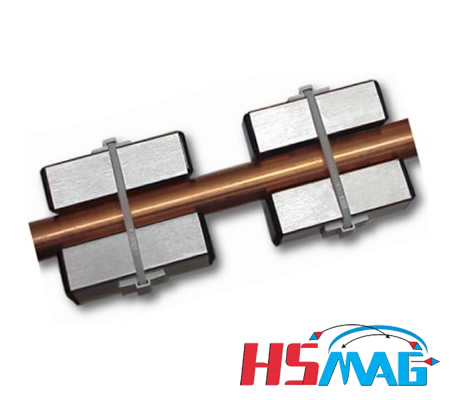 Adherence of supra-gingival calculus and its accompanying bacterial plaque to the surfaces of teeth has been implicated as a possible factor in initiating periodontal diseases. Tooth brushing has been universally accepted as the standard method of oral hygiene to control the formation of supra-gingival calculus. Standard oral hygiene procedures have greatly improved dental health, but periodontal diseases are still common and pose a tremendous health care expense (Sheiham 1991). Many studies have demonstrated that the use of irrigation devices may be an effective means to reach into areas inaccessible to tooth brushing. The addition of agents such as chlorhexidine and fluoride have in creased this effectiveness (Flint et al, 1988, Vignarajah et al,1989, Wikesjo et al, 1989, Landet et al, 1986). Another method of increasing the effectiveness of irrigation may be through the use of magnets magnetic water treatment device.

The application of magnetic water treatment devices has been used in Eastern Block countries and China for over twenty-five years (Hibben 1973). Grutsch & McClintock (1984) demonstrated a positive corrosion and deposit control by the use of magnetically-treated water at an AMOCO refinery. Kronenberg (1985) described the observations of reduced formation of new hard lime scale deposits and the elimination of old lime scale deposits. A Baylor research team (McAtec et al,1985) under contract from the American Petroleum Institute concluded that “the passage of conducting solutions (tap water) through a magnetic treatment device generates voltages and currents which result in an electrolysis reaction, producing nucleation centers that favor precipitation of scaling salts in the bulk of the solution rather than on the walls of plumbing.” Certain theories have been proposed to explain mechanisms of adherence of calculus. It has been shown that amphipatic substances change the charge of the tooth surfaces, which can effect the attachment of bacteria (Krasse l9m. Ca++ and P04 – ions are concentrated on hydrated tooth surfaces (Stem Layer) which are covered by a protein pellicle. Rolla (1977) stated “that gram positive bacteria are negatively charged and these bacteria are the first colonizers of the negatively charged tooth surface. The well-known delay (3 – 4 hours) which may be observed before bacteria colonize teeth may well be ascribed by the repulsive forces between the surfaces involved. Divalent cations will reduce the repulsion and permit the bacteria to approach the teeth. An adhesion based on some specific interaction may be the final stage of the electrostatically mediated approach of the bacteria to the tooth surface.” It can be hypothesized that this adhesive interaction is similar to the naturally occurring phenomenon of adherence of particulate matter to any hard surface in an aquatic environment and that this adherence may be adversely affected by magnetic devices. Recently, an oral irrigator with a magnetic device was manufactured. Unpublished preliminary clinical pilot studies have indicated positive results (Watt 1987, Vollmer & Barger 1988) along with numerous ancedotal reports by several dental clinicians. Therefore a double-blind clinical trial was established to test this hypothesis.

64 irrigation units were provided by the manufacturer, 30 of which had their magnetic devices removed. The units were coded and the examiner did not know which units had magnetic devices and which did not. 54 patients were selected because they formed heavy calculus and they had been successfully treated for periodontal disease. They were currently being seen on a 2 – 4 month recall for maintenance. All patients received a thorough scaling and prophylaxis and had the tooth surfaces carefully examined by 2 clinicians. They were instructed in the use of the assigned irrigator, concentrating on a thorough lavage of the lower 6 anterior teeth 2 x a day. These 6 teeth were not to be flossed, but the patients were to continue normal maintenance procedures otherwise. They were appointed for a recall visit in 3 months. At the recall visit, the patients were questioned about their compliance. If the patients stated that they were unable to perform the irrigation properly for more than 14 days, they were removed from the study. Three patients were removed for this reason. Two patients reported that they had flossed the study teeth. 7 patients reported irrigator malfunction and two patients were traveling and could not schedule an appointment within 3 weeks after their 3-month period. A total of 14 patients were removed from the study. For the remaining patients, the study teeth were stained with green food coloring and the same examiner performed all evaluations. The teeth were first air dried and the adhering residues were measured by comparing their height from the gingival margin and thickness to a “Michigan O” periodontal probe. Measurements were taken in 6 places on each tooth (DF, F, MF, ML, L, and DL) magnetic water treatment device.

The majority of the adhering residue was most likely calculus but, because no attempts were made to remove plaque and the residues were not probed to determine if they were hard or soft, it seems most appropriate to state that the residues were both plaque and calculus. The value for the height measurement was confined to 3 mm from the gingival sulcus. Thus by dividing the tooth surface at each of the 6 measurement sites into 3 regions of 1 mm height each, altogether there were 18 areas on each tooth at which thickness could be measured. For each area, the thickness measurement was recorded using the following code: 0.5 mm = 1,1 mm = 2,1+ mm = 3. The sum of the 18 thickness codes represents an empirical measurement which is correlated to the total volume of calculus and plaque on a tooth, and by adding together the individual tooth volume measurements an over all volume score was obtained for each patient. An empirical score representing the total tooth area covered by calculus and plaque was also recorded. This score was obtained by counting the number of 1 mm high tooth regions (out of a possible total of 108) that had at least 0.5 mm thick covering of calculus and plaque magnetic water treatment device.

The observed distributions of the volume measurements suggests that the presence of the magnetic device in irrigators causes a distributional shift in the amount of calculus and plaque formed. There seems to be an overall tendency for lower volume scores among the magnetic water group. Smaller values for the sample mean (30.89 versus 55.55, x reduction of 44%) and the sample median (28 versus 42, a reduction of 33.3%) serve to summarize the difference in aver age values for the two distributions.

Graphic results indicate a decreased variability in the volume scores for the patients who had used the irrigators furnished with magnets. This observation is supported by the fact that the magnetic water group has both a smaller sample standard deviation (16.9 versus 26.9) and a smaller interquartile range (9.75 versus 42) than the unmagnetized water group magnetic water treatment device.

On the basis of the proceeding statistical analysis one can conclude that a magnetic device properly attached to an oral irrigator appears to greatly reduce the formation of supra-gingival calculus and its accompanying plaque. This author is unaware of any other similar studies in the dental literature and, if other independent studies result in findings similar to those reported here, it is logical to assume that such an irrigator would then be of extreme benefit to a self-care oral hygiene regime magnetic water treatment device.

One can speculate that the probable mode of action of magnetically treated water affects the Ca++ and PO4- – ions in the stern layer by bringing these ions closer together, thus reducing their activity. This could, in turn, reduce the effect of free divalent cations in mediating attachment. Another possibility is that the amount of free divalent cations is reduced because the magnetized water encourages their precipitation. An excellent research question would be if the addition of chemical agents, such as salt solutions, to the irrigation solution could enhance or hinder the effect on calculus. Further, long-term studies need to be completed to assure that there are no side effects such as reduced hydration of the tooth surfaces which may be detrimental to tooth vitality. However, such side effects are highly unlikely. Article References follow below magnetic water treatment device.

The Kind of Magnetic Hooks 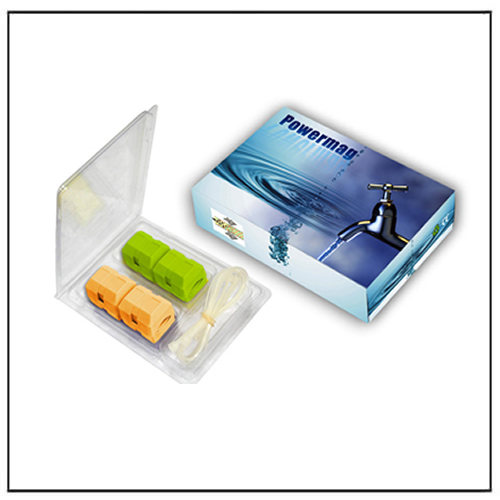 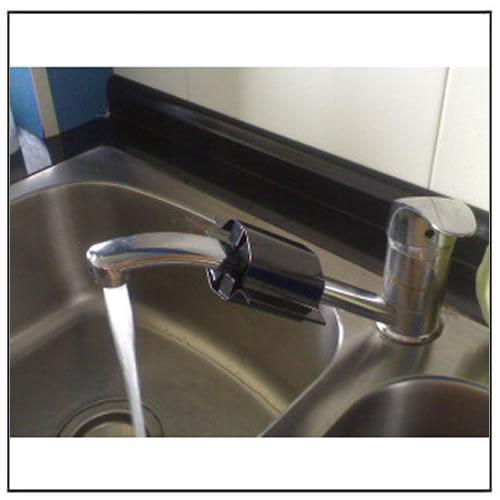 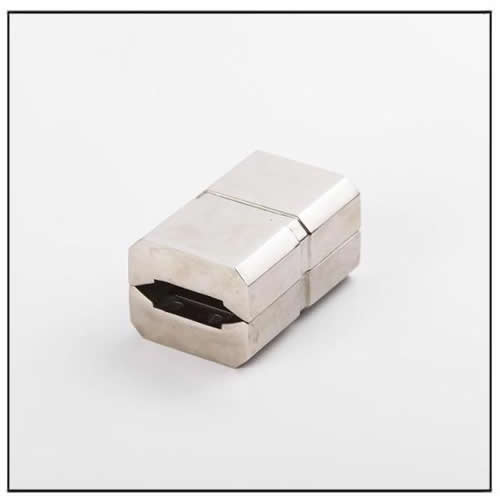