Amber is a yellowish, translucent mineral. As early as 600 BC the Greek philosopher, Aristophanes was aware of its peculiar property: when rubbed with a piece of fur, amber develops the ability to attract small pieces of material such as feathers. For centuries this strange, inexplicable property was thought to be unique to amber. This strange effect remained a mystery for over 2000 years, until, around AD 1600, Dr William Gilbert investigated the reactions of amber and magnets and first recorded the word ‘Electric’ in a report on the theory of magnetism.

Later in, in 1895, H.A. Lorentz developed the Electron Theory. We now know that there are three ways to generate electricity: Static, Electrochemical and Electromagnetic Induction.

Alexander Neckem an English monk of St. Albans describes the workings of a compass.

1269 – First Detailed Description of a Compass

Petrus Peregrinus de Marincourt, a French Crusader, describes a floating compass and a compass with a pivot point.

In the 16th century, William Gilbert(1544-1603), the Court Physician to Queen Elizabeth I, proved that many other substances are electric (from the Greek word for amber, elektron) and that they have two electrical effects. When rubbed with fur, amber acquires resinous electricity; glass, however, when rubbed with silk, acquires vitreous electricity. Electricity repels the same kind and attracts the opposite kind of electricity. Scientists thought that the friction actually created the electricity (their word for charge). They did not realize that an equal amount of opposite electricity remained on the fur or silk. Dr. William Gilbert, realized that a force was created, when a piece of amber (resin) was rubbed with wool and attracted light objects. In describing this property today, we say that the amber is “electrified” or possesses and “electric charge”. These terms are derived from the Greek word “electron” meaning amber and from this, the term “electricity” was developed. It was not until the end of the 19th century that this “something” was found to consist of negative electricity, known today as electrons. 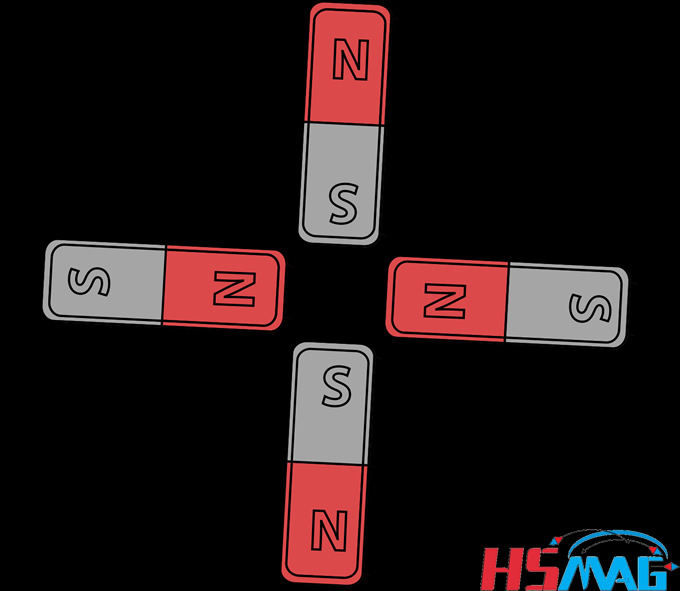 Gilbert also studied magnetism and in 1600 wrote “De magnete” which gave the first rational explanation to the mysterious ability of the compass needle to point north-south: the Earth itself was magnetic. “De Magnete” opened the era of modern physics and astronomy and started a century marked by the great achievements of Galileo, Kepler, Newton and others.

Gilbert recorded three ways to magnetize a steel needle: by touch with a loadstone; by cold drawing in a North-South direction; and by exposure for a long time to the Earth’s magnetic field while in a North-South orientation.

Stephen Gray describes that power possessed by one electrified body could be passed to another by connecting them.

Servigton Savery produces the first compound magnet by binding together a number of artificial magnets with a common pole piece at each end.

Leyden Jar is one of the earliest and simplest forms of electric capacitor, invented independently about 1745 by the Dutch physicist Pieter van Musschenbroek of the University of Leyden and Ewald Georg von Kleist of Pomerania. The original Leyden jar was a stoppered glass jar containing water, with a wire or nail extending through the stopper into the water. The jar was charged by holding it in one hand and bringing the exposed end of the wire into contact with an electrical device. If contact was broken between the wire and the source of electricity, and the wire was touched with the other hand, a discharge took place that was experienced as a violent shock.
If a charge Q is placed on the metal plates, the voltage rises to amount V. The measure of a capacitor’s ability to store charge is the capacitance C, where C = Q/V. Charge flows from a capacitor just as it flows from a battery, but with one significant difference. When the charge leaves a capacitor’s plates, no more can be obtained without recharging. This happens because the electrical force is conservative. The energy released cannot exceed the energy stored. The ability to do work is called electric potential.
A type of conservation of energy is also associated with emf. The electrical energy obtainable from a battery is limited by the energy stored in chemical molecular bonds. Both emf and electric potential are measured in volts, and, unfortunately, the terms voltage, potential, and emf are used rather loosely. For example, the term battery potential is often used instead of emf.

1747 – Vitreous Electricity, Conservation of Charge
Benjamin Franklin (1706-90) was an American printer, author, philosopher, diplomat, scientist, and inventor.
After Gilbert’s discovery that a force of electric charge is created by friction of different materials, Benjamin Franklin in 1747, improved on this by announcing that this electric charge exists of two types of electric forces, an attractive force and a repulsive force. (William Watson (1715-87) in England independently reached the same conclusion.) To identify these two forces, he gave the names, positive and negative charges and to symbolize them, he used the + and – signs the + being for positive and the – for negative. Benjamin Franklin realized that all materials possess a single kind of electrical “fluid” that can penetrate matter freely but that can be neither created nor destroyed. The action of rubbing merely transfers the fluid from one body to another, electrifying both. Franklin and Watson originated the principle of conservation of charge: the total quantity of electricity in an insulated system is constant. Franklin defined the fluid, which corresponded to vitreous electricity, as positive and the lack of fluid as negative. Therefore, according to Franklin, the direction of flow was from positive to negative–the opposite of what is now known to be true. A subsequent two-fluid theory was developed, according to which samples of the same type attract, whereas those of opposite types repel.

Franklin was acquainted with the Leyden jar (a glass jar coated inside and outside with tinfoil), how it could store a charge and how it caused a shock when it was discharged. Franklin wondered whether lightning and thunder were also a result of electrical discharges. During a thunderstorm in 1752, Franklin flew a kite that had a metal tip. At the end of the wet, conducting hemp line on which the kite flew he attached a metal key, to which he tied a nonconducting silk string that he held in his hand. The experiment was extremely hazardous, but the results were unmistakable: when he held his knuckles near the key, he could draw sparks from it. The next two who tried this extremely dangerous experiment were killed.

James Watt(1736-1819) conducted no electrical experiments. He was an instrument maker by trade and set up a repair shop in Glasgow in 1757. Watt measured the rate of work exerted by a horse drawing rubbish up an old mine shaft and found it amounted to about 22,000 ft-lbs per minute. He added a margin of 50% arriving at 33,000 ft-lbs is equal to one horse-power.
James Watt, also invented the steam condensing engine. His improvements to steam engines were patented over a period of 15 years, starting in 1769 and his name was given to the electric unit of power, the Watt. When Edison’s generator was coupled with Watt’s steam engine, large scale electricity generation became a practical proposition.
1767 – Electrical Force

It was known as early as 1600 that the attractive or repulsive force diminishes as the charges are separated. This relationship was first placed on a numerically accurate, or quantitative, foundation by Joseph Priestley, a friend of Benjamin Franklin. In 1767, Priestley indirectly deduced that when the distance between two small, charged bodies is increased by some factor, the forces between the bodies is reduced by the square of the factor. For example, if the distance between charges is tripled, the force decreases to one-ninth its former value. Although rigorous, Priestley’s proof was so simple that he did not strongly advocate it. The matter was not considered settled until 18 years later, when John Robinson of Scotland made more direct measurements of the electrical force involved.

Because of an accident the 18th-century Italian scientist Luigi Galvani started a chain of events that culminated in the development of the concept of voltage and the invention of the battery. In 1780 one of Galvani’s assistants noticed that a dissected frog leg twitched when he touched its nerve with a scalpel. Another assistant thought that he had seen a spark from a nearby charged electric generator at the same time. Galvani reasoned that the electricity was the cause of the muscle contractions. He mistakenly thought, however, that the effect was due to the transfer of a special fluid, or “animal electricity,” rather than to conventional electricity.

Experiments such as this, in which the legs of a frog or bird were stimulated by contact with different types of metals, led Luigi Galvani in 1791 to propose his theory that animal tissues generate electricity. In experimenting with what he called atmospheric electricity, Galvani found that a frog muscle would twitch when hung by a brass hook on an iron lattice.

1792 – Electrochemistry, Voltaic Cell
By 1792 another Italian scientist, Alessandro Volta, disagreed: he realized that the main factors in Galvani’s discovery were the two different metals – the steel knife and the tin plate – upon which the frog was lying. the different metals, separated by the moist tissue of the frog, were generating electricity. The frog’s leg was simply a detector.
In 1800,Volta showed that when moisture comes between two different metals, electricity is created. This led him to invent the first electric battery, the voltaic pile, which he made from thin sheets of copper and zinc separated by moist pasteboard (felt soaked in brine).

In this way, a new kind of electricity was discovered, electricity that flowed steadily like a current of water instead of discharging itself in a single spark or shock. Volta showed that electricity could be made to travel from one place to another by wire, thereby making an important contribution to the science of electricity.

What Is It All About Magnetic Electricity?