What is axial flux motor?

An axial flux motor is different from conventional electric motors due to the different path of the magnetic flux. In conventional motors the flux flows radially through the air gap between the rotor and the stator. However in this motor the flux flows parallel to the axle of the motor. This type of rotor is often referred to as a pancake rotor and can be made much thinner and lighter than other types. When quick changes in speed are required, axial flux motors are an ideal choice.

The basic and simplest axial flux structure is the singlerotor- single-stator structure. The stator consists of a ring type winding embedded in epoxylike material and an iron disc which is manufactured from a simple tape wound iron core. The rotor is formed from a solid steel disc on which the magnets are embedded.

An axial-flux permanent-magnet machine with one-rotor-two-stators configuration has generally a weaker efficiency than a radial-flux permanent-magnet machine if for all designs the same electric loading, air-gap flux density and current density have been applied. On the other hand, axial-flux machines are usually smaller in volume, especially when compared to radial-flux machines for which the length ratio (axial length of stator stack vs. air-gap diameter) is below 0.5.

With a frequency converter, axial flux induction motors are applicable to various pump, compressor, blower or similar applications, where the variable-speed technology shows significant energy savings compared with a fixed-speed (on-off) type drive or other traditional process control methods, such as valves. Because of the obtained energy savings, the VSD technology is well adapted to industrial use, and the number of variable-speed drives is steadily increasing. As for motors, our motors meet the high-efficiency motor (eff1 motor) specifications for electric motors. 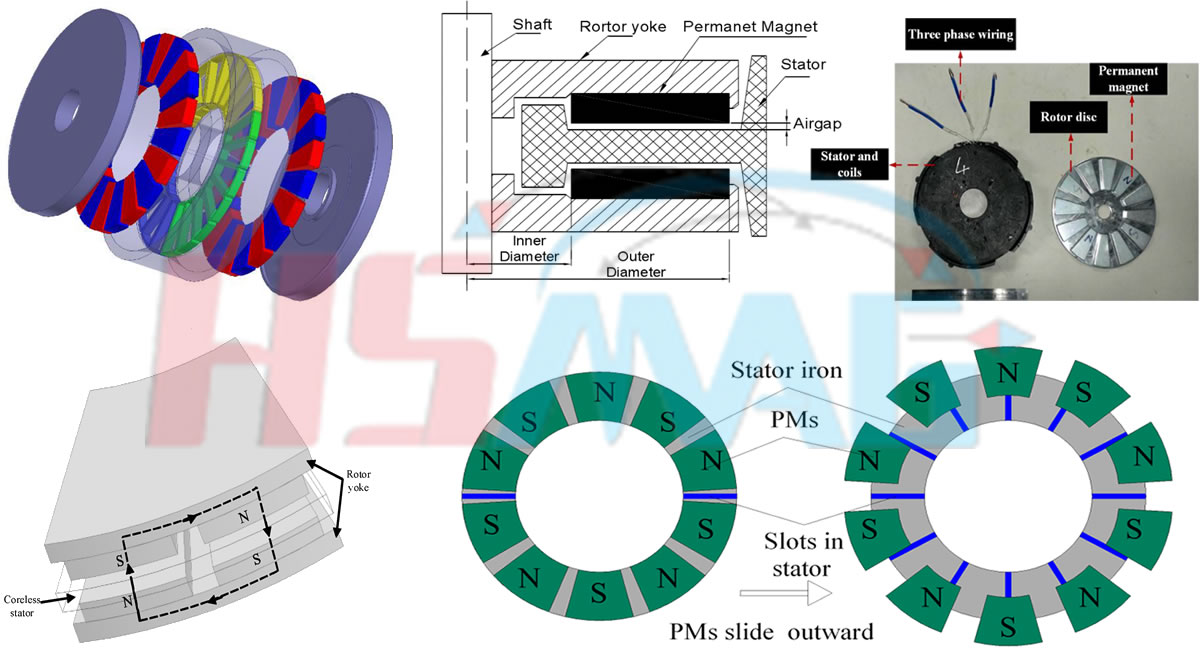