How to avoid demagnetising magnet ?

How to avoid demagnetising magnet ?

Make sure you separate any magnets that have become attached to one another by directly pulling them apart. Any other movement to separate the two may damage the magnets and potentially demagnetise them.

Keep away from high temperatures

High temperatures are the only way to demagnetise a magnet to a point where it cannot be re-magnetised. All other forms of demagnetisation can be put right by re-magnetising the magnet. For example, using a magnet, without a steel casing to protect it, to retrieve ferromagnetic objects from a plating vat would damage the magnet. 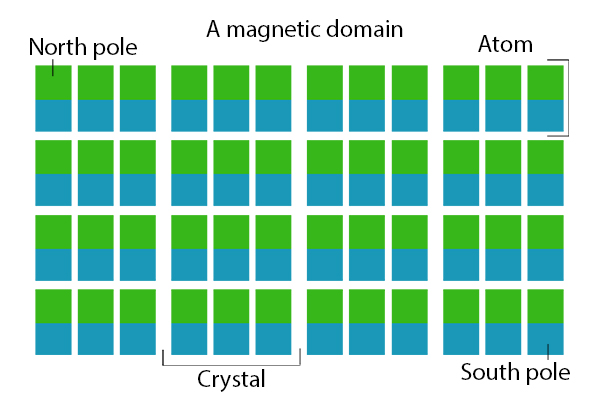 The maximum operating temperature of a magnet will tell you the maximum temperature the magnet can be continuously subjected to with no significant loss of its magnetic strength. This information can usually be found in the product spec and should be available for every variety of magnet.

Alnico magnets are the best suited magnets for use in high temperatures as they have the highest maximum operating temperature at 540ºC (1004ºF).

Store with a keeper

Store your magnet with a keeper on the two magnetic poles. A keeper is a piece of iron that is temporarily added between the north and south poles of a magnet to prevent it from demagnetising.

If a keeper is not provided with your magnet then store your magnets on a steel sheet.

Strong electrical currents in a close proximity to a magnet can cause it to demagnetise by disrupting the magnet’s magnetic field.

The longer a magnet is exposed to the electrical current, the more disorganised the domains become. Disorganised domains cancel out the magnet’s magnetism, causing it to demagnetise.

Keep magnets in a dry place

Magnets can corrode easily when stored in damp conditions which can affect the magnets’ magnetism. The rust will create an air gap which stops the magnet from producing a secure bond on a ferromagnetic material.

If a magnet has started to rust but has not demagnetised, 400 grit sandpaper can be used to re-flatten the surface and remove any burrs from the magnet’s casing in order to reduce any air gaps which have formed.

To keep magnets dry, place them into a non-ferromagnetic closed container. This will also help to avoid the problem of the magnet attracting any unwanted metal debris.

For magnets without a casing, avoid dropping or knocking them against anything to prevent damage and demagnetisation.

Dropping or hitting a magnet causes it to vibrate. When this happens, the magnet’s domains randomise which causes the magnet to lose its magnetic field. This is because a magnet is created by having sections of aligned domains.