Astronomers plan to use a mattress-sized magnet to salvage meteorites from the ocean, according to a report on the website of Popular Mechanics on August 18.

On January 8, 2014, a meteor exploded over the Pacific Ocean north of Papua New Guinea at a speed of about 133,000 miles (214,000 kilometers) per hour, releasing energy equivalent to 110 tons of TNT explosive, and the debris fell. into the sea below.

After years of debate, scientists are now fairly certain that the space rock (officially known as CNEOS 2014-01-08) is the first known meteor of extrasolar origin, more than the previous record-holder “Austria”. The Momo star visited the solar system three years earlier.

Harvard scientists Amir Siraj and Avi Loeb were the first to pinpoint the meteor’s interstellar origin after calculating its extremely fast speed.

The scientists’ “Project Galileo” will be a unique $1.6 million salvage expedition. Once funding is in place, the research team will travel to Papua New Guinea’s Bismarck Sea, where they will lower a mattress-sized magnetic “sled” about a mile underwater. Scientists will use a long cable to trawl the ocean floor for 10 days to collect the remaining debris. 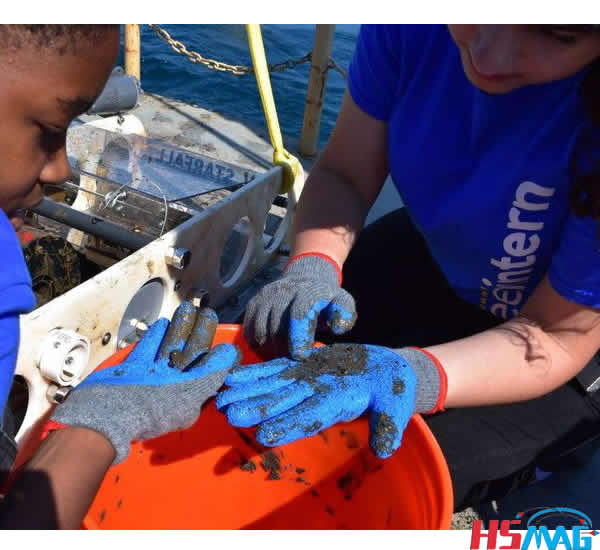 CNEOS 2014-01-08 measures 0.5 meters and appears to be the first interstellar object discovered in the Solar System.

CNEOS 2014-01-08 is believed to be from another star system as it is moving at 60 kilometers per second relative to the Sun.

The object is too fast to be bound by the Sun’s gravity. magnet salvage meteorites

In the latest mission, Siraj and his colleagues will undertake a $1.6 million campaign to reduce a magnet to the spot where the meteorite fell.

According to Siraj, CNEOS 2014-01-08 far exceeds the strength of normal ferrous meteorite material, which should make it easier to recover.

The strength of a material determines how easily something can withstand deformation or damage from a load.

According to Siraj, most meteorites contain enough iron that it will cling to the kind of magnets we’d use in ocean missions.

Given the very high strength of the material, it is most likely that the CNEOS 2014-01-08 piece is ferromagnetic,“Siraj closed.

This project named Galileo will use ships with the help of magnetic sledges.

It will be carried to sea shore at a depth of 1.7 km for 10 days. magnet salvage meteorites

It is hoped that the magnets can retrieve tiny fragments of the 0.004-inch meteorite.

However, it is not yet clear when the astronomers will be able to carry out the mission given the required funding.

That’s the plan of astronomers who want to entice meteorites falling into the ocean from magnetic rocks.