One question is that it has been a long-lasting magnet, and its career in a high-magnetic field will not affect its own well-being. The answer is that the magnet does not have a bad influence on the body. You can use the magnetic data with confidence. With the rapid development of technology, magnets are also used in magnetic therapy, so what is the role of high-tech magnetic therapy technology in the human body? The earth itself has a very strong magnetic field, so that the human body has a kind of adaptability to the magnetic.

It is well known that hot compresses promote blood circulation. The effect is that the skin will turn red. If the magnet can really promote the smooth flow of blood, the consequences of magnetic therapy are only the so-called mental cues, and there is no very direct medical effect. The magnet bracelet continues to stimulate the microcirculation of the wrist through tiny magnetic lines of force. It has a very small function to promote blood circulation, improve the physiological magnetic field of the human body, and eliminate euphemism. In fact, there is a certain sweetness to bedtime, but it is not big. Wearing a magnet bracelet for a long time does not cause any harm to the human body. 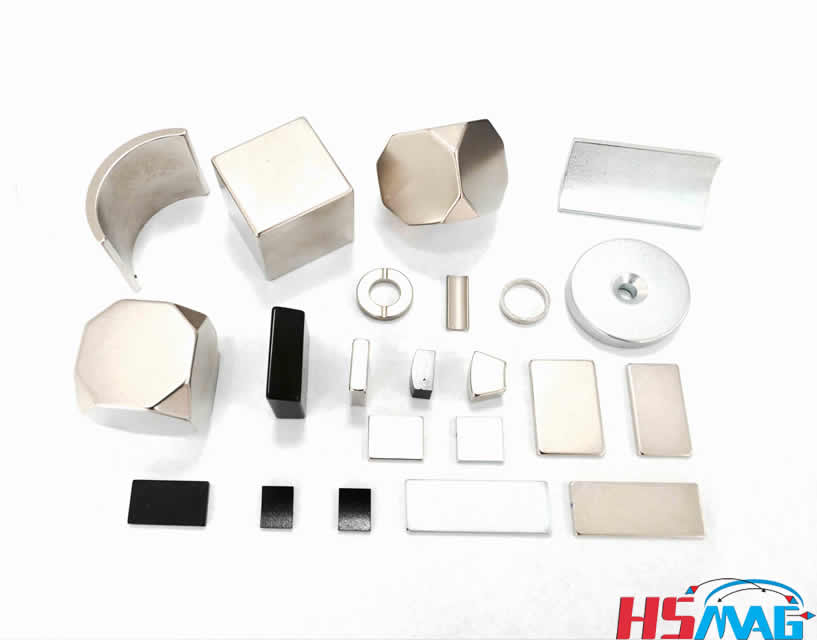 The composition of the magnet is an atom such as iron, cobalt, or nickel. The internal structure of the atom is extraordinary, and it has a magnetic moment. Type of magnet: shape magnet: square magnet, arc shaped magnet, cylindrical magnet, ring magnet, disc magnet, magnet magnet, magnetic frame magnet, attribute magnet: samarium cobalt magnet, neodymium iron boron magnet, Ferrite magnets, AlNiCo magnets, iron chrome cobalt magnets, industrial magnets: magnetic components, motor magnets, rubber magnets, strong magnets, plastic magnets, etc. The magnet is always magnet and soft magnetic. Forever magnet is added with strong magnetism, so that the spin of the magnetic material and the electron angular momentum are flowed, and the soft magnetic is the current (also a kind of magnetic device). Losing soft iron will gradually lose its magnetism. The magnet can generate a magnetic field and has characteristics of attracting ferromagnetic substances such as metals such as iron, nickel, and cobalt. The midpoint of the strip magnet is suspended by a thin wire. At the time of rest, its two ends will point to the north and north of the earth. The end pointing to the north is called the north pole or the north pole, and the end pointing to the north is the guide pole or the S pole. . If the Earth is imagined as a large magnet, the Earth’s geomagnetic North Pole is the guide pole, and the geomagnetic South Pole is the North Pole. Between the magnet and the magnet, the magnetic pole of the same name is squeezed out and the magnetic pole of the same name is attracted. Therefore, the compass is crowded out with the South Pole, the North Arrow is crowded with the North Pole, and the compass is attracted to the North Arrow. Classification: Magnets can be divided into “forever magnets” and “non-forever magnets”. Forever magnets can be natural products, also known as natural magnets, or they can be made by hand. Non-permanent magnets, such as electromagnets, only exhibit magnetism under certain conditions.

The magnet is harmless to the body! The earth where we all live is a large magnetic field, but the magnetic force is very weak. This explains that magnetic itself is harmless to human beings. As for strong magnetism, it is harmless to human beings. It can be explained from the following points: 1. On the current market road Magnetic jewelry. Some of the jewelry is made of natural black gallstones, some of which are made of plastic blocks and then electroplated. The people who bought them are always on the body. No one said that there is Achievements! And the experimental interpretation has promoted the blood circulation of the human body. Many health advisors are also produced. Two: NdFeB magnets do not contain toxic elements outside the magnetic field, can meet the EU RoHS specifications. In fact, in my factory, this kind of powerful magnet is produced. We are playing magnets every day. Our boss has been doing this for decades, and I haven’t seen any mistakes in his daily routine! The sound is harmful to the body! Because the sound is electrified, there is radiation to the human body, and it will have a great impact on the body! It is recommended to move away from the bed a little further, at least one meter away! Magnets were not invented by humans. There are natural magnetites. The earliest people who discovered and used magnets should be Chinese. Therefore, the “compass” is one of the four major inventions of the Chinese. As for the ingredients, it is iron, cobalt, nickel, etc. Its atomic structure is extraordinary, and the atom itself has a magnetic moment. The ordinary mineral molecules are disorderly arranged. The magnetic regions interact with each other to show no magnetism. But in external forces (such as magnetic fields) The next molecular swaying policy trend is divergent.. It shows magnetism. It is also commonly known as magnet. Iron cobalt nickel is the most commonly used magnetic material based on magnets. Forever magnets and soft irons are always magnets plus strong magnets to make magnetic substances self. Spinning and electron angular momentum into a flow policy, the soft magnetic is added current (also a kind of magnetic device). The current loses the soft iron and will gradually lose its magnetism. As for the earliest magnet, the most fashionable record is the Chinese Yellow Emperor. The guide car is known as one of China’s three major inventions! China knew about the polarization of magnets in the first century BC. During the Warring States period, a natural magnet was used and placed on a scaled copper plate for divination. In the Northern Song Dynasty, two kinds of facilities were used to manufacture artificial magnets. One is to put the red iron needles on the north and south needles, and after slowly cooling, the earth’s magnetic field is used to magnetize the iron needles; the other is to use the magnets to rub the iron needles. . The existence of the magnetic declination is recorded in “Meng Xi Bi Tan”, and it is found that under the influence of the magnetic declination, the magnetic needle points to the north, slightly east than the true north. Based on this knowledge, a scientific application using a magnet as a compass was developed. A magnet is just a generic term. It refers to a device that has magnetic properties. The ingredients of practice are determined to include iron. The purer metallic iron itself is not magnetic forever, and only when it is close to the permanent magnet will it feel magnetic. Ordinary permanent magnets are added with other impurity elements (such as carbon) to make the magnetic properties unchanged, but this will make the electrons less free and not easy to conduct electricity, so that the lights can not shine when the electricity is smooth. Iron is a common magnetic element, but many other elements have stronger magnetism. Like a strong magnet, it is a mixture of NdFeB.