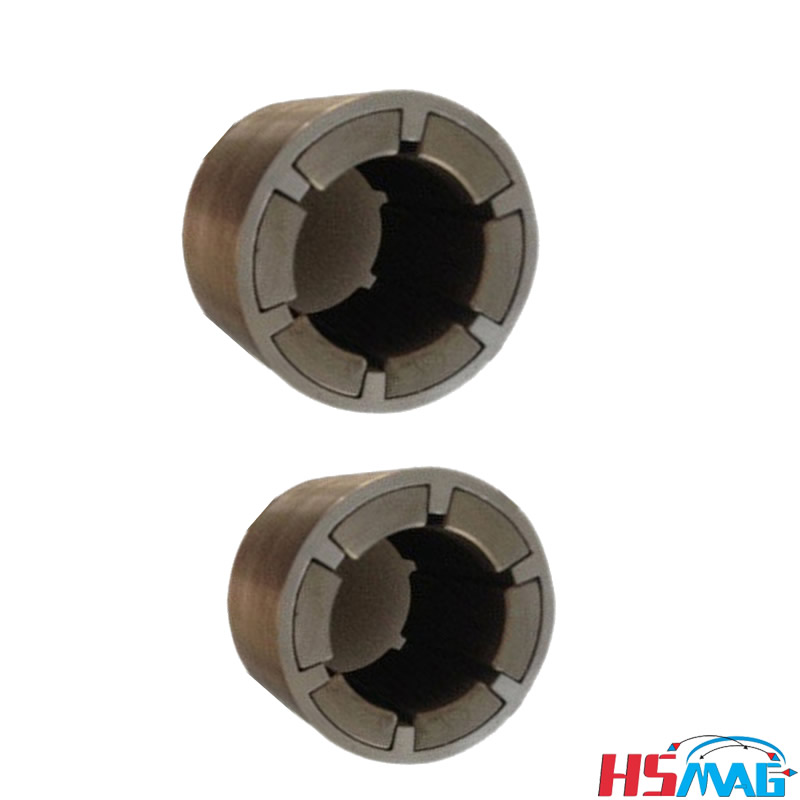 The application of NdFeB magnets produced by Ningbo NdFeB manufacturers in the automotive industry. The automotive industry is one of the fields where NdFeB magnets are widely used. In each car, magnets are generally used in 30 parts. It is said that the number of micro-motors used in foreign luxury cars has reached as high as 70 to complete various control actions on the car. At present, the world produces 55 million automobiles annually, and the number of motors used in each unit will increase from the current average of 20 to 30 in 2005. It is predicted that the number of motors required will increase from the current 800 million to 1.6 billion. With the development of automobiles in the direction of miniaturization, light weight and high performance, the performance requirements of magnets used in automobiles are getting higher and higher, which will accelerate the development of NdFeB magnets, especially bonded NdFeB magnets. If the bonded NdFeB magnets are increased by 50% in automobiles, each car needs 102g. According to the above-mentioned global annual production of 55 million vehicles, the anisotropic NdFeB magnets need to be bonded to about 5600T.

The role of strong magnets produced by Ningbo NdFeB manufacturers in the computer industry. With the advent of the information age, the upsurge of computers entering the home has been formed. According to the US market research, in 2000, the total sales volume of household PCs in the world will reach 40 million units, and in 2005, it will reach about 80 million units. The development of computers has led to the development of related supporting components. Hard disk, floppy disk, and optical disk drive head is an aspect that uses more NdFeB magnets. The NdFeB magnets used in computer drives each year amount to about 4000T, accounting for 50% of NdFeB sales. %. In 1999, the global HDD production volume was 165.7 million units, an increase of 16% over 1998. Now HDDs are developing in the direction of large capacity, high-speed data transmission and space saving.