A few days ago, the magnetic material surface technical team of the Institute of Rare Earth Materials of Baotou Rare Earth Research Institute used the plasma spraying-grain boundary diffusion method to use heavy rare earth oxides to change the coercivity of the 50M magnet under the condition of hardly reducing the remanence. An increase of about 60%. This effect is comparable to that of magnetron sputtering metal terbium on the surface of the magnet, while the processing efficiency is increased by two to three times and the cost is reduced by more than 50%, which has an excellent market prospect. 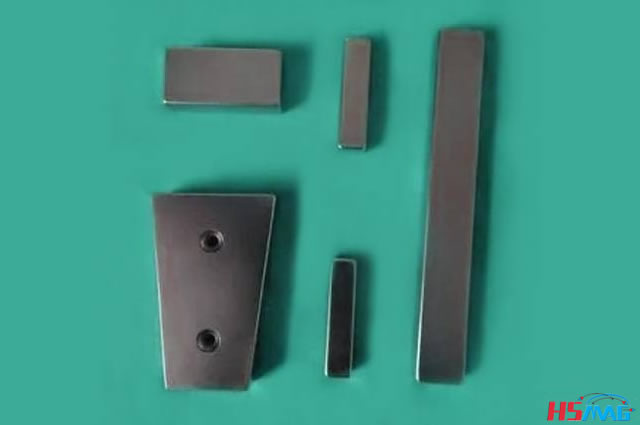 Magnets are composed of atoms such as iron, cobalt, and nickel. The internal structure of the atoms is unique, and they have their own magnetic moments. It can create an electromagnetic field and has the property of attracting ferromagnetic chemicals such as iron, nickel, cobalt and other metals. According to different characteristics, it can be divided into samarium cobalt magnets, neodymium iron boron magnets, ferrite magnets, alnico magnets, rubber magnets and other types. Their uses are slightly different.

The operating temperature of samarium cobalt magnets can reach 300 degrees, and at the same time, it is resistant to corrosion and oxidation. At this stage, it has been widely used in detectors, generator sets, radar detection, instrument panels and other high-precision cutting-edge technologies.

As science and technology continue to put forward higher requirements for the performance of magnetic materials in all aspects, material surface technology has become an important means to improve material quality and material performance, and thin film materials have become the basic elements of building high-tech industries. Materials science research will play a pivotal role.

Under the excellent combination of its own experimental conditions and the strong technology of universities, the magnetic material surface team of Baotou Rare Earth Research Institute has achieved a series of scientific research results: using high concentration of rare earth ytterbium to alloy amorphous alloys, zirconium-based and rare-earth ytterbium-based are prepared. The co-existing amorphous dual-phase alloy film and the control of the Young’s modulus of the zirconium & ytterbium dual-phase amorphous film are realized, which lays a foundation for solving the brittle fracture problem of zirconium-based amorphous. The co-doping of lanthanum and boron to modify the zirconium-based amorphous alloy film not only greatly improves the amorphous formation ability and mechanical properties of the amorphous alloy, but also increases the content of metallic zirconium in the amorphous film by 96.88% as verified by XPS. This shows that the thickness of the oxide film on the surface of the amorphous film is obviously reduced, indicating that it has better anti-oxidation and corrosion resistance.